MEMPHIS, TN – “Beale Street Caravan,” the Memphis-based radio program that for a quarter of a century has captured and broadcast the sounds of Memphis and the Mississippi Delta region, is set to return to the airwaves this fall with new episodes helmed by a new executive director.

Show producer Thomas Crivens is stepping into the executive director role after four years with the show. He is the first African American to lead the globally syndicated music program. A native Memphian, he is a graduate of White Station High School and Morehouse College in Atlanta, GA and holds an MBA from the Fogelman College of Business and Economics at the University of Memphis. While serving in executive positions at Memphis City Schools and Baptist Memorial Health Care Corporation, Crivens also pursued a music career, becoming an in-demand guitarist with popular local artists as well as a booking agent for local and national recording artists.

“Being a product of Memphis and its vibrant music scene, I’m excited at the chance to lead this showcase of the city’s musical talent and influence to the world,” says Crivens. “Through the continued promotion and celebration of Memphis music, ‘Beale Street Caravan’ will continue to nurture pride in our city, while simultaneously increasing Memphis’ global visibility and recognition as a hub for music creation and performance.”

Crivens inherits the role of executive director from Kevin Cubbins, who is stepping down after two decades to pursue other ventures. “After almost 20 years, I think I’d been there plenty long enough,” says Cubbins. “I did feel like the end of the pandemic brought this moment where if we were ever going to have a leadership transition, now’s the time. I am excited for Thomas, and I support the board 100 percent as he steps into that role.”

Presented weekly by Jared Boyd (The Daily Memphian, WYXR) and longtime host Pat Mitchell Worley (Soulsville Foundation/Stax Music Academy), “Beale Street Caravan” is the most widely distributed radio program in the world, broadcast on 483 stations in the United States, Europe, Africa, Asia, and Oceania. Each episode presents recorded live performances and feature segments spotlighting artists from and influenced by Memphis and the Mid-South.

COVID effectively shut down the live music industry for the past two years, but “Beale Street Caravan” remained on-air by broadcasting recordings from its extensive archives. With pandemic restrictions lifting, show organizers are excited to get back on the road again.

“With live music shows coming back into our lives, it’s good to know that ‘Beale Street Caravan’ will be under the steady hand and institutional knowledge of Thomas,” says “Beale Street Caravan” outgoing board chair Cynthia Ham. “We will once again be recording, preserving, broadcasting, and sharing worldwide the sounds of Memphis and the Delta region.”

“Beale Street Caravan” was started in 1997 by producer/executive director Sid Selvidge under the auspices of the Memphis-based Blues Foundation. In 2001, the program broke off to become an independent nonprofit. Today “Beale Street Caravan” is the most widely distributed blues radio program in the world, attractingmore than 2.4 million listeners each week. Produced in the home of the blues and the birthplace of rock & roll, “Beale Street Caravan” covers the world with the heartfelt sounds and colorful stories of Memphis music in intimate, live-in-concert performances, capturing and exporting the sounds of Memphis and the Delta region to the world. 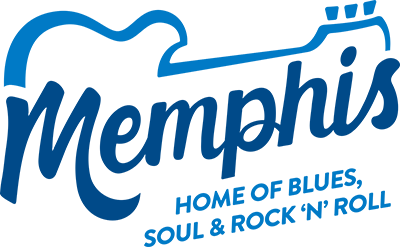 What better way to tell the world you support the arts than with a TN Arts Commission arts plate. Just take your old plate to your county clerk and swap it - they will prorate your tag fees, so you don't have to wait until your tag renewal is due. https://tnspecialtyplates.org/